Introducing this package to a legacy project is going to be a challenge. Due to our strict quality, consistency, and complexity rules.

But, you still can do several things to integrate this linter step by step:

To make sure “boy scout rule” works we officially support --diff mode. The main idea of it is simple: we only lint things that we touch.

We also support Legacy first (external tool) to create a baseline of your current violations and start to lint only new one from this point.

Choose what suits you best.

You can also use –diff option of flake8 to lint the latest changes only.

This mode is officially supported and fully-operational.

Let’s take a look at the example. Imagine that we have this old and very big class (like 1000 lines of code):

Of course, it won’t make its way through our linter. And you obviously do not want to refactor 1000s lines of code just to make a simple fix to method_we_need_to_touch.

We need to do something (we don’t care about the code’s logic in this example) with method_we_need_to_touch only:

Now, when we made the required change, let’s see the diff. 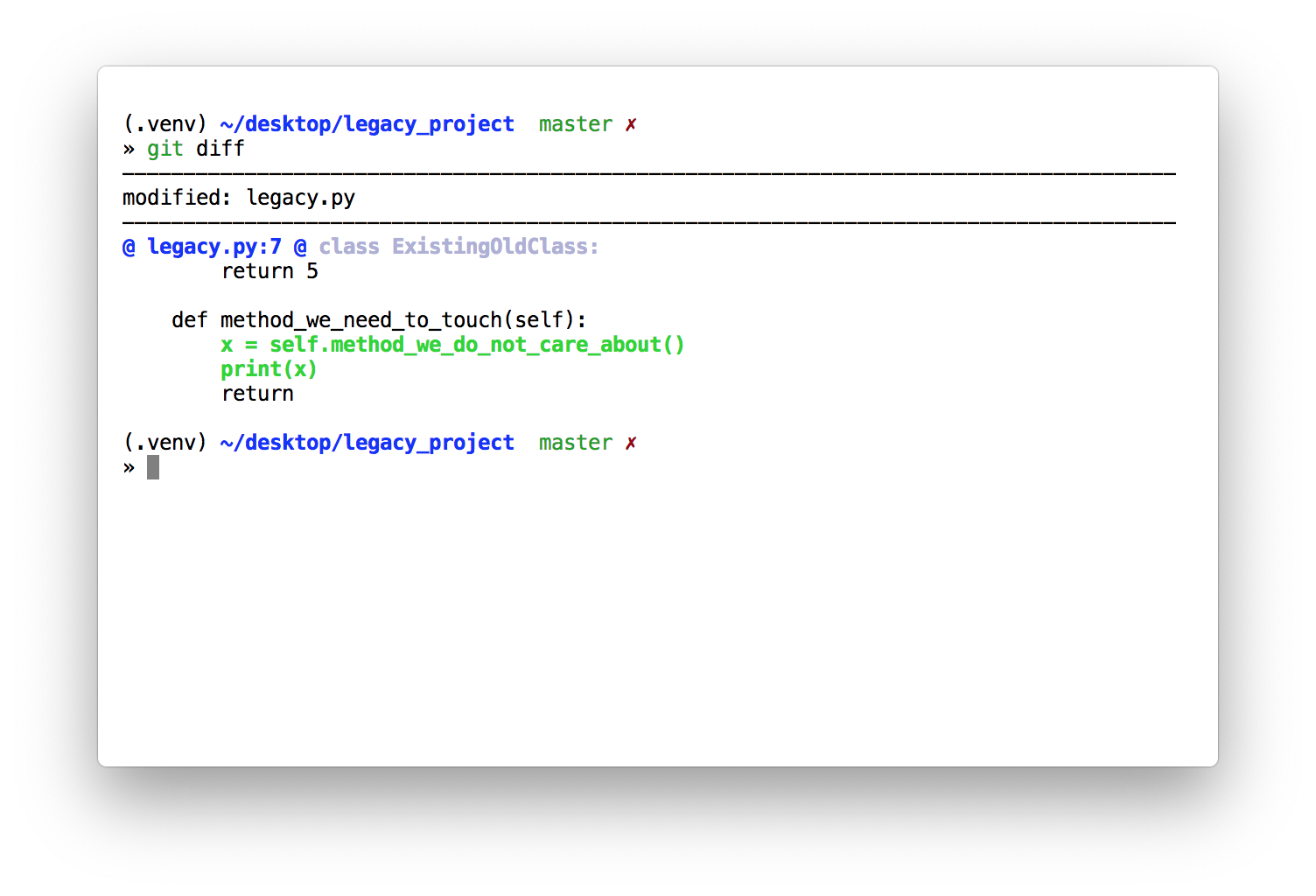 That’s where --diff option is helpful. Let’s use it!

We use git-diff to show the difference between the previous state and current changes. But, you can use diff command itself or any other diff producers.

That’s what is going to be reported: 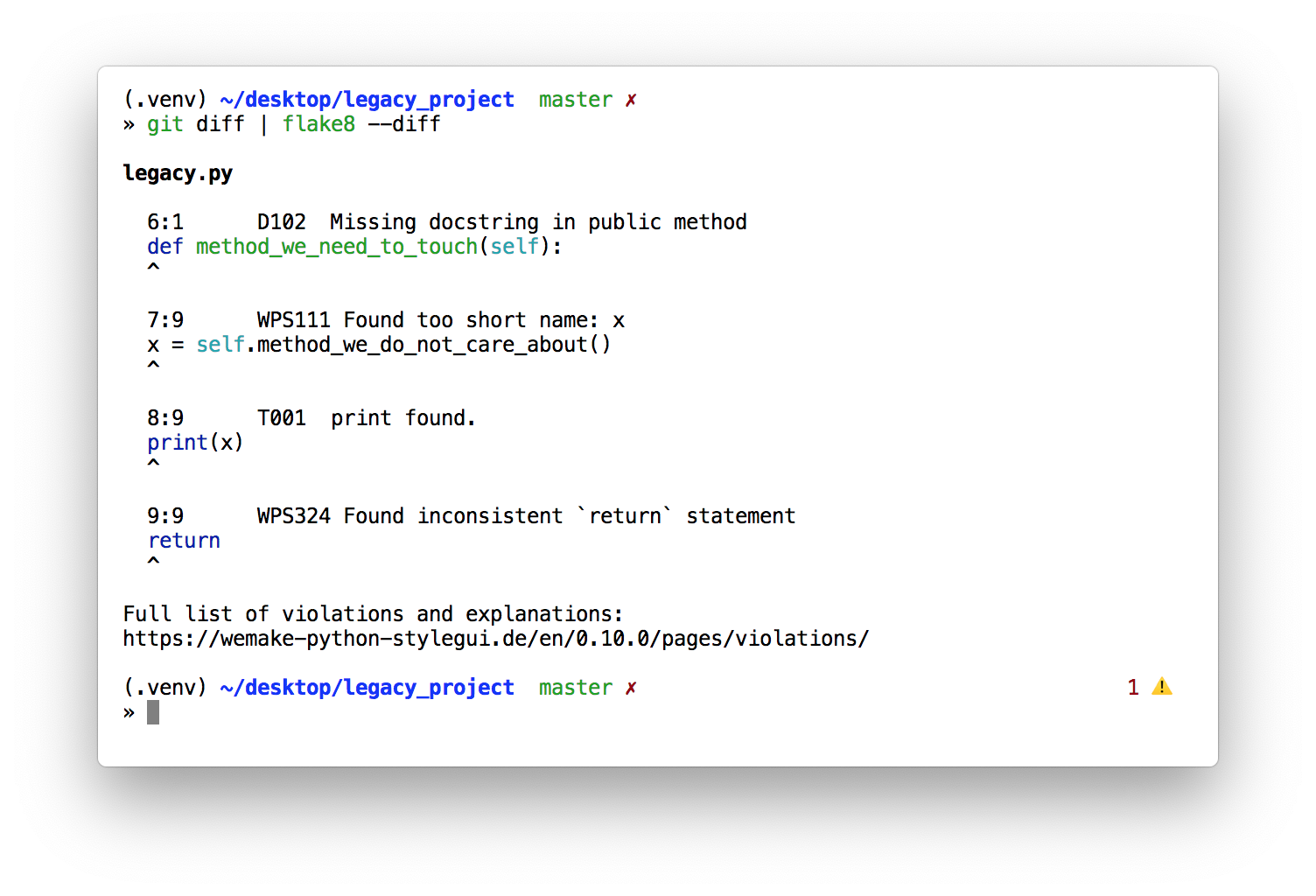 See? We only count things that were changed. And all other violations are ignored.

Fixing one thing at a time¶

It means that we only need to fix things we have touched in this commit:

That’s it. We have passed out linter with just so few refactoring.

Of course, it has a downside: the ugly code still lives with you, but new ugly code won’t make its way to the project. And you are forced to improve things you write.

At some point in time, you will have 100% perfect code. Good linters and constant refactoring is the key to the success.